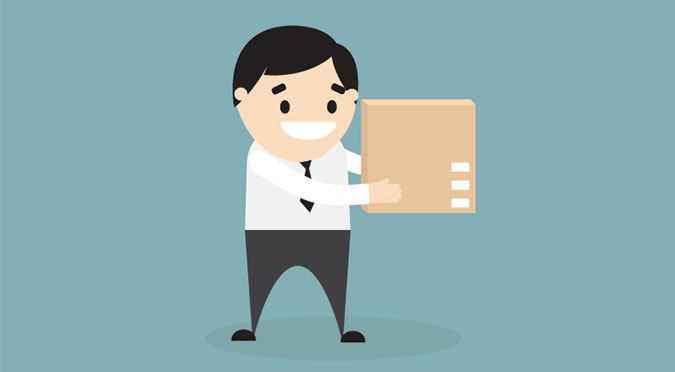 When you need to get the attention of influencers in your market or set up appointments with hard-to-reach decision makers, consider using one of the most effective mediums in direct mail – dimensional direct mail.

What is dimensional direct mail?

Dimensional mail is any direct mail that isn’t flat. Dimensional mail can come in many shapes and sizes. Sometimes it’s a lumpy envelope (because there’s a usb stick inside). Or it could be a box with some product samples. Or a cardboard tube housing a rolled up promotional poster. It could even be a flat mailer, but upon opening it pops out to reveal a whole new… dimension (like #10 on this list).

Dimensional mail is obviously more expensive to create and mail than regular postcard or letter mailings. But the benefits can far outweight the costs if your targeting is right. According to a report from DMA, dimensional mailers had an average of 8.51% response rate for B2B mailers, and 3.52% response for B2C.

Keys to an effective campaign

Unless your budget is in the hundreds of thousands, you will need to be very selective in your targeting. Dimensional mail isn’t cheap, so choosing targets with a high potential return is critical. Think influencers in your space, key decision makers, high value clients.

Any items you include with your message should be relevant to your company. Don’t just send random things for the sake of making it 3D. Stuffing a wad of fake bank notes in the envelope to make it bulky might get it opened, but unless you run an on-demand money printing factory, it’s not going to make much sense in the eyes of your prospect. So, make sure it aligns with your brand. A great example is #1 on this list.

Your campaign will be much more effective if you follow it up with a phone call, email, postcard, handwritten note or even another dimensional mailing. Just make sure you don’t send out too many mailers at once so you can’t keep up with the followups.

For some inspiration, here are 11 mailers we found that pass the memorable criteria (#7 is perhaps a bit too memorable). You never know, maybe one of these will spark an idea for your own direct mail campaign. 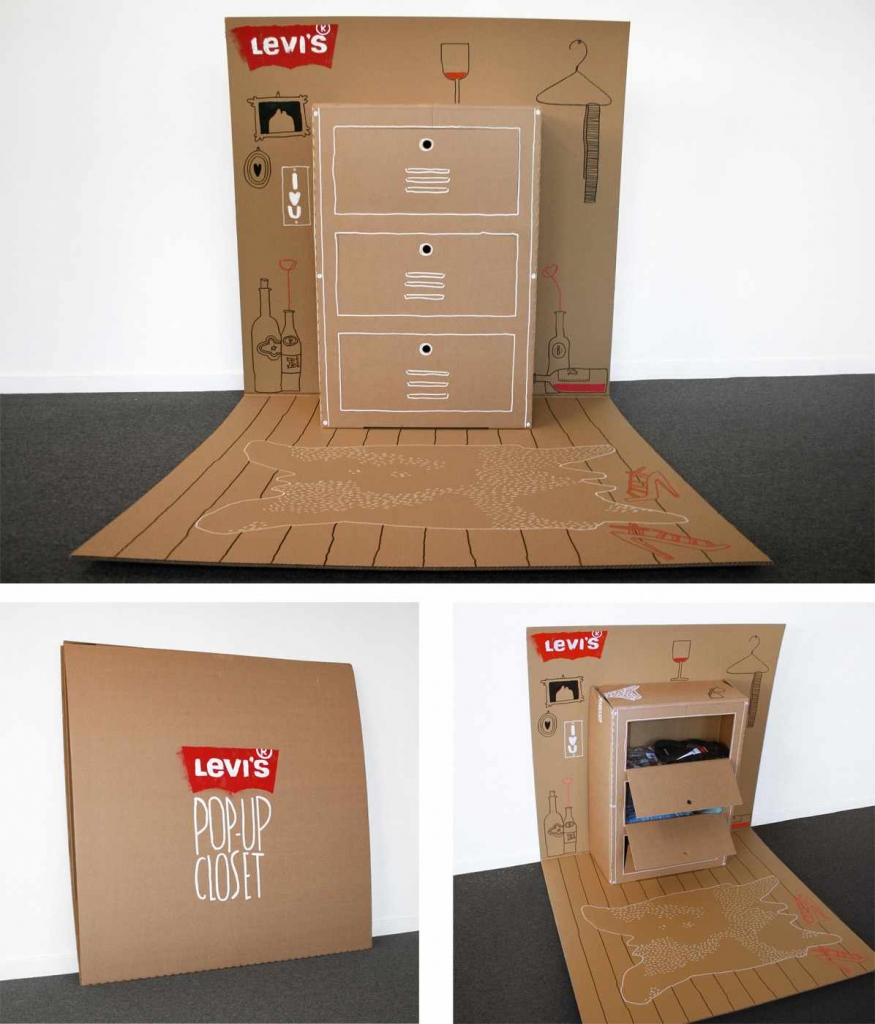 Ad agency Mortierbrigade came up with this life-size foldable closet for Levi’s to promote their new line to the press.

The “closet” was sent to 6 editors in chief of the most popular women’s magazines in the Netherlands and Belgium. Along with the closet, a handwritten letter was attached.

Here’s a video of the closet in action: 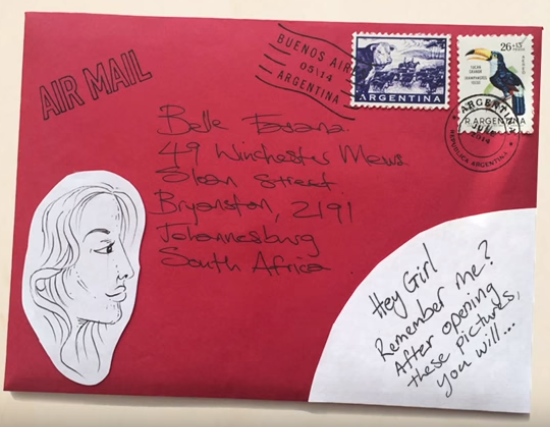 Prospects were mailed a handwritten envelope made out to their mailing address – but addressed to a different name. Tell me who wouldn’t open that envelope.

Upon opening the envelope, the contents include an intriguing message from Julio, a latin-lover type, who evidently misses his “Belle”.

Flicking through the contents, the reader finds several racy pics of Julio, followed by a very unexpected promo message for Heat Magazine, which suddenly ties the whole campaign together.

Check out the video to see this clever campaign in action. 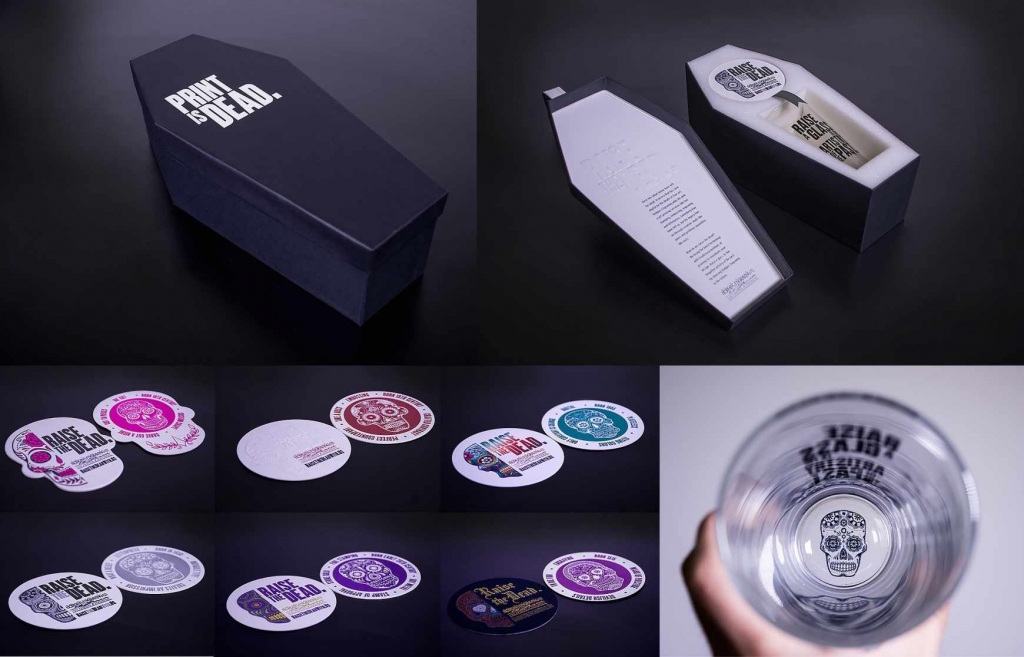 Printing and stationery company “Hodgins Engraving” sent out this dimensional piece consisting of a coffin, a shot glass and several coasters. The coffin represents death to old printing techniques and designs, while their coasters demonstrated their artistry and new print techniques. The shot glass featured the rather apt slogan – “Help us raise a glass to the artistry of the past.”

This campaign achieved an incredible 90% response rate – likely due to the fact that it was highly original, memorable and relevant to their services. 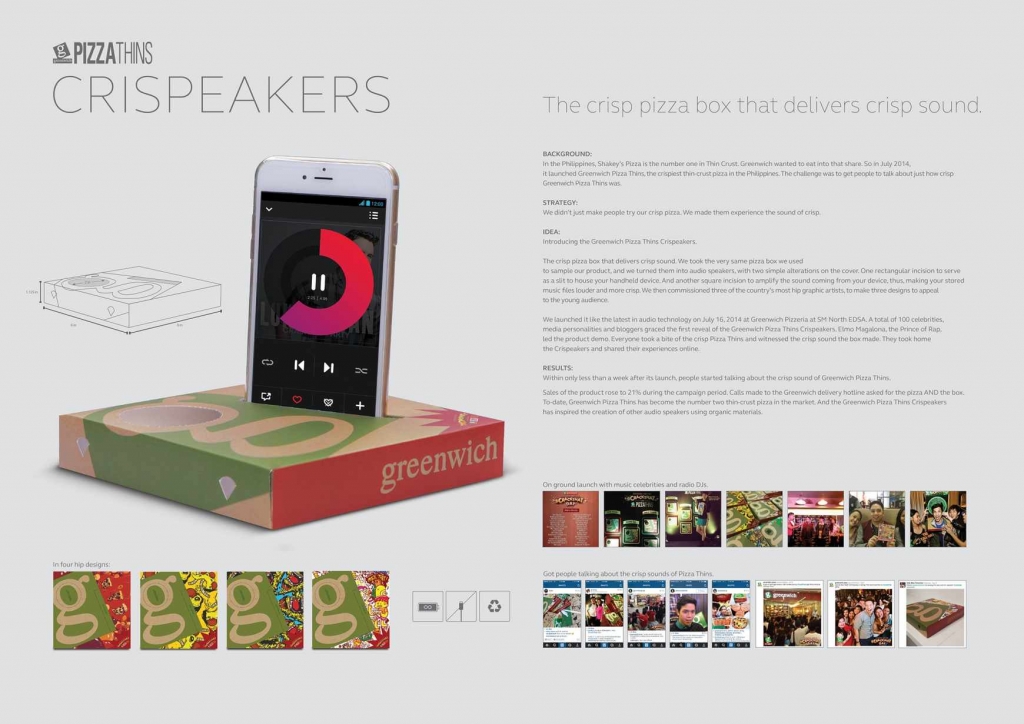 In 2014, Phillipino pizzaria Greenwich Pizza wanted to take a slice of the thin-crust pizza market share from current #1 Shakey’s Pizza. Comissioning 3 of the country’s best graphic designers, they designed boxes to appeal to a young iPhone audience. Within a week, posts were popping up on social media sites raving out the crisp sounding “speaker in a box” and sales were up 21%! 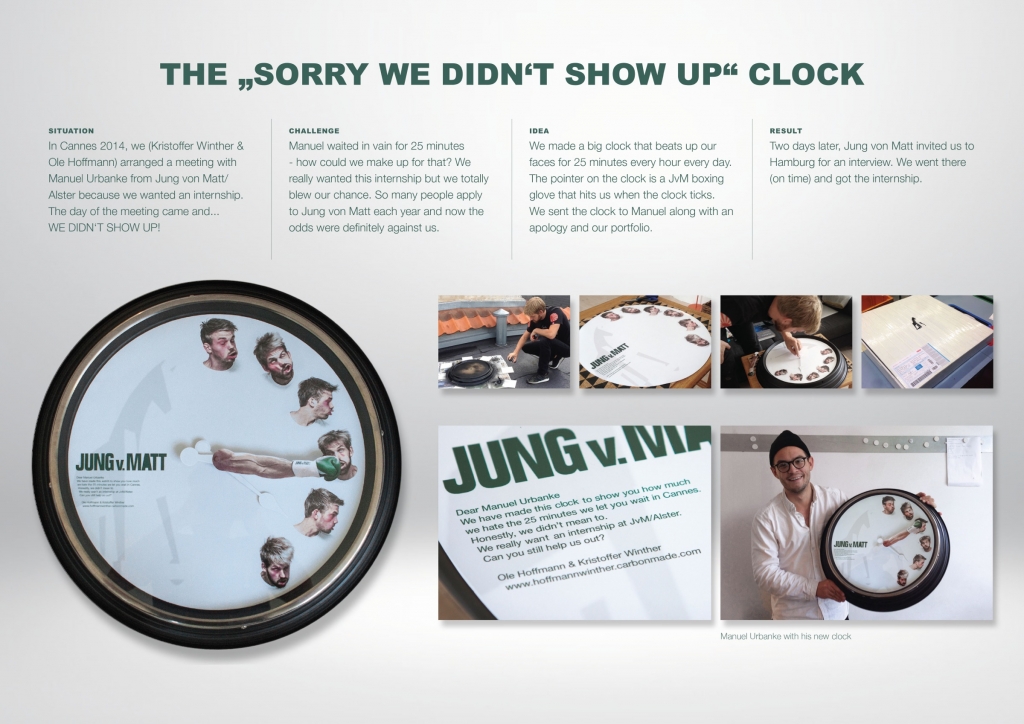 Kristopher Winther and Ole Hoffmann were looking for an internship from Jung von Matt, a creative ad agency in Hamburg. When the boys failed to arrive for their meeting, they rushed to create this one-of-a-kind clock that beat up their faces for 25 minutes every hour of the day.

The result? Two days later they secured an interview and got the internship. 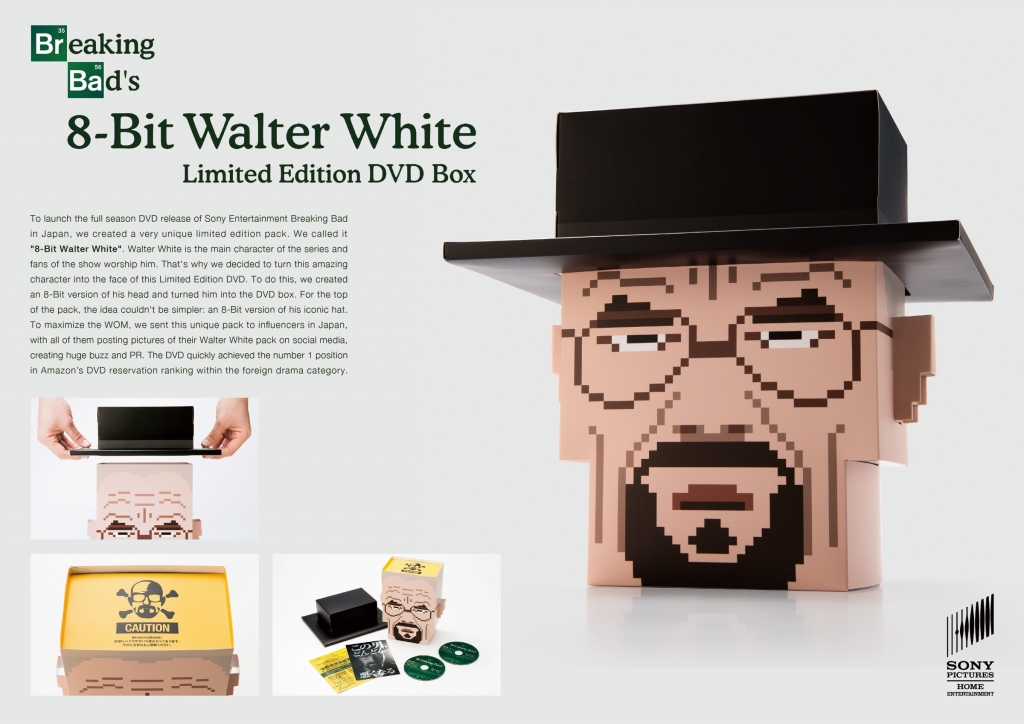 To create some buzz for the release of the Breaking Bad DVD box set in Japan, ad agency Geometry Global created a 3d box of the show’s main character Walter White with his iconic black pork pie hat. Sales of the DVD quickly pushed it to the number 1 reserved item in Amazon’s foreign drama category.

7) “Stick Out Like a Sore Thumb” USB Stick – Justin Poulsen 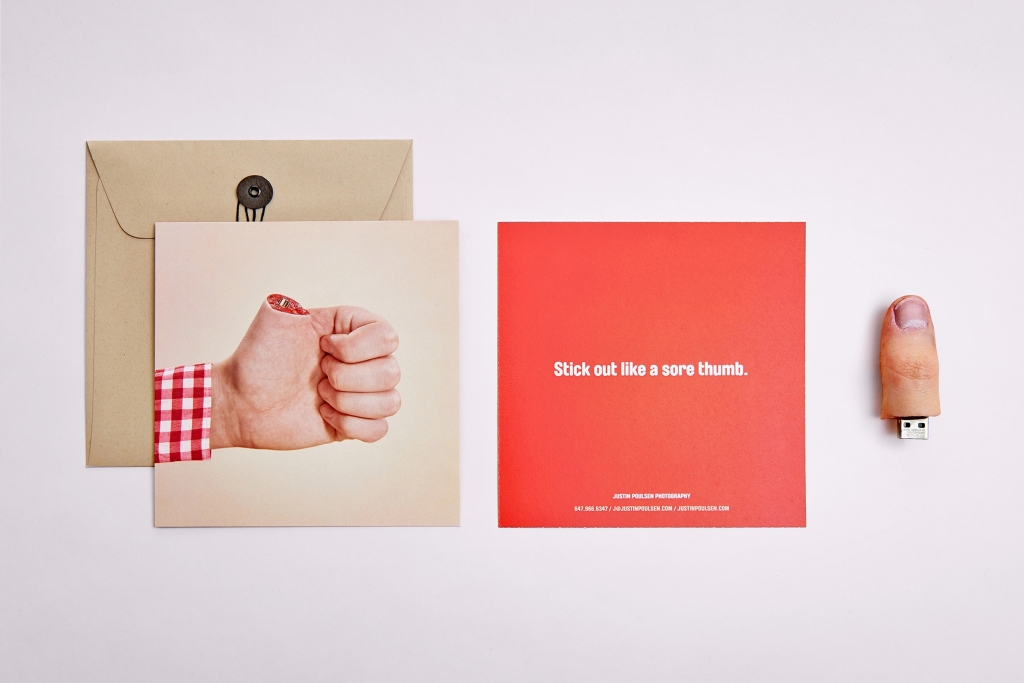 Justin Poulsen is a photographer who’s art can be described as conceptual still life, photo illustration, product photography, among others. To showcase his portfolio to potential clients, Justin took a mold of his thumb and added a USB thumb drive to his, uh.. thumb.

The thumb-drive certainly aligns with the “stick out like a sore thumb” message. We’re not sure we’d like to receive something similar, but as an attention-grabber, this gets our thumbs up! 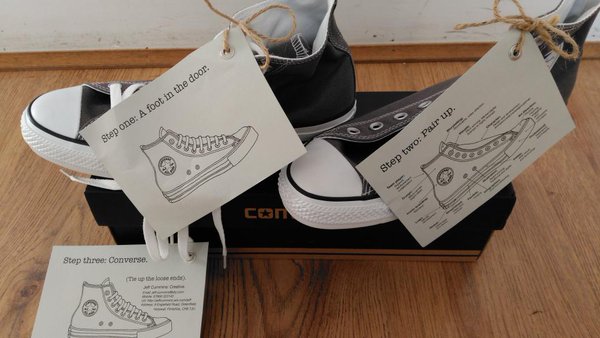 According to Stu Williams‘, who posted this on Twitter, it’s “Probably THE best mailer [he’s] had”. If you choose to send a similar campaign, just make you get the decision maker’s shoe size beforehand (though I’m not quite sure how that call would go…)

9) “Breaking Into Your Apartment…” – ADT 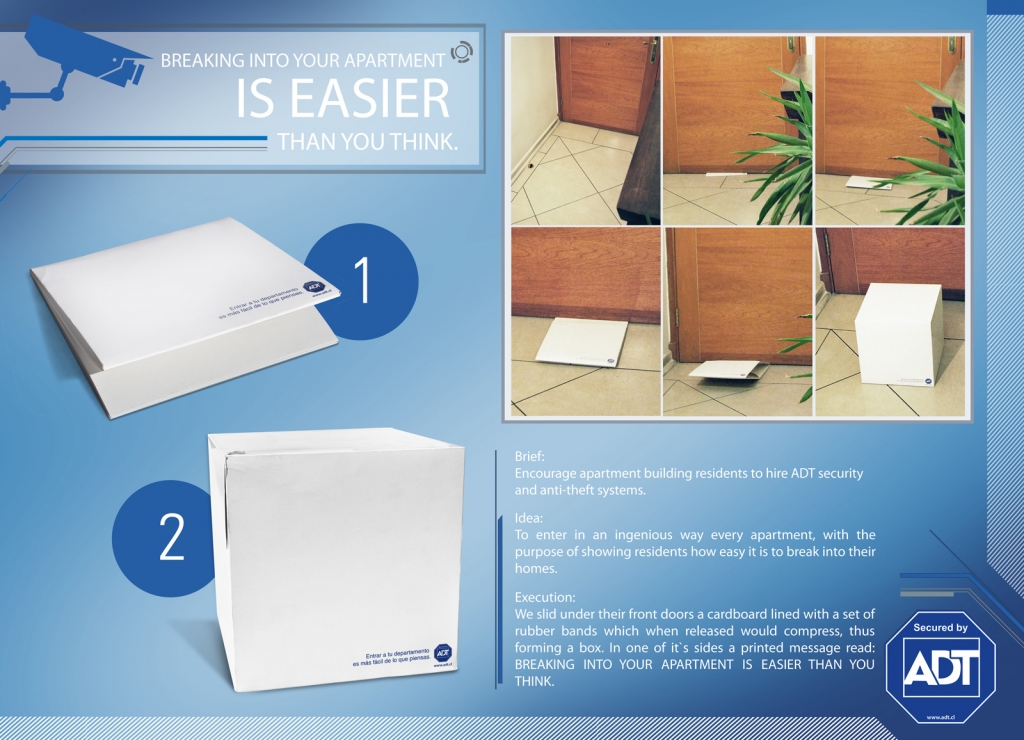 Most of our examples so far were B2B mailers. But dimensional mail works great for marketing to consumers if you can justify the cost. Aparrently ADT can with this slightly alarming 3d box mailer.

The idea being that when a homeowner arrives home, they stumble over this odd white box  in their hallway. Picking it up, they message is clear – “Breaking into your apartment is easier than you think.” 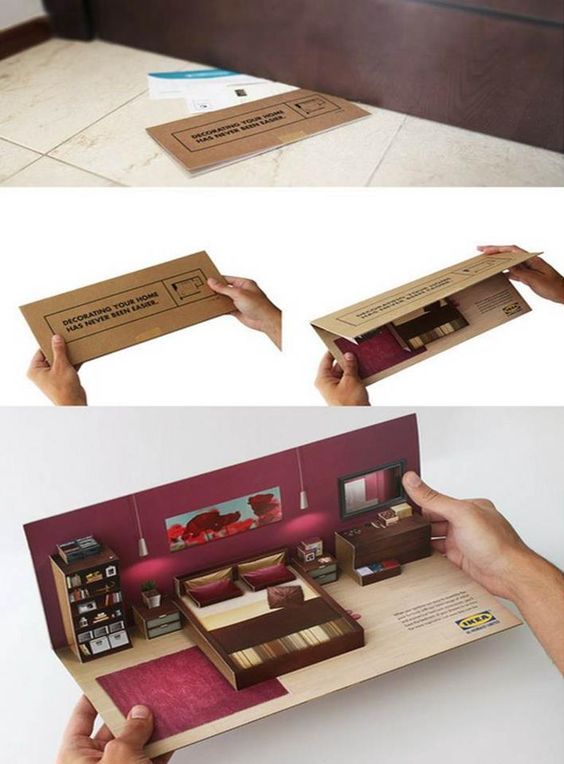 A wonderful example of the popup mailer. What seems to be a simple flyer popped under the mailbox, turns out to be a beautiful 3-dimensional showcase of your future Ikea-designed bedroom. 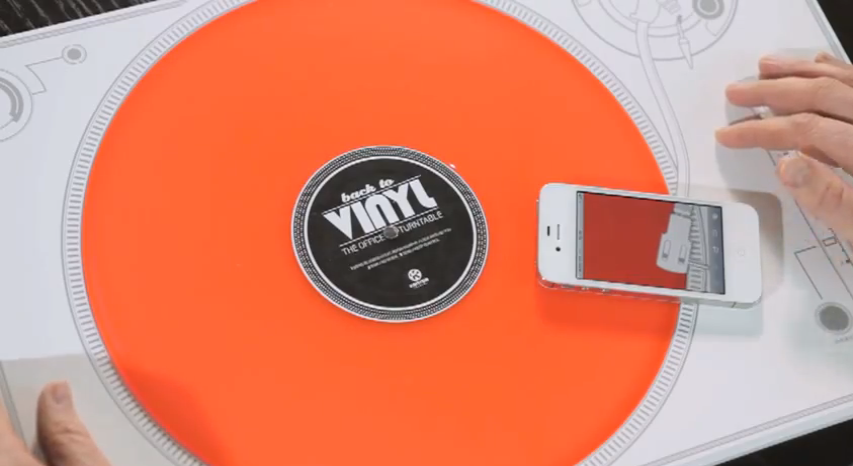 This is actually my favorite of the bunch. Kontor Records needed a way to reach record producers to promote the latest track by Boris Dlougosch. Instead of the usual practice of sending in a CD (which they knew would end up in the trash), they sent vinyl. But unlike ordinary vinyl, this record needed a regular smartphone to operate.

Check out the video for the full explanation (1 min, 47 secs)

Now that you’ve seen some pretty memorable and effective dimensional mail campaigns, has it inspired you to start a campaign of your own? It won’t make sense for every business. But if you deal with high-level decision makers or high customer value clients, it may just be the type of high return campaign you’ve been looking for.